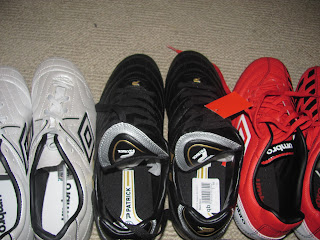 The football visit is getting going! The Abu Dis team are leaving Palestine today on their way to reach London tomorrow!

The project is organised by Camden Abu Dis Friendship Association and funded by Youth in Action (European Union).  The Abu Dis team will join a young Camden team in London for ten days of football training, coaching and matches as well as joint explorations of London. It is very exciting and the first time CADFA has organised a football visit, although we have now run very many youth exchanges between Palestine and London.

The project began as an initiative facilitated by CADFA intended to bring the Camden and Regents Park Youth League closer to the Abu Dis Sports Club.  Now we find that

And the Camden team (from South Hampstead Football Club) study at Hampstead School.

Abu Dis Boys’ School and Hampstead School have been twinned for some years- now we find that their students will get to know each other  directly through their enthusiasm for football and become friends.

Based on previous exchanges we have run, this will not just be a football visit but a tremendous learning opportunity for all the boys involved. At the end of it, the boys will be asked to write reports and they will get a Youthpass certificate.

Keep an eye on this project blog  and there is  more information here:

We hope for your support at the Abu Dis/ Camden matches and all the other events associated with the visit.
Posted by Dar Assadaqa at 03:21 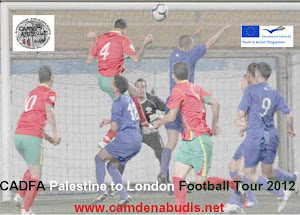